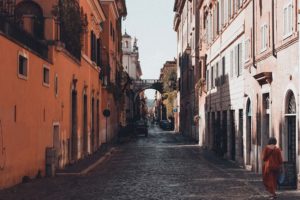 The Most Instagrammable Streets in Rome

If there’s one thing Rome doesn’t lack it’s an unlimited number of charming streets, romantic corners or artistic angles to the delight of Instagrammers everywhere. Whether you’re after the perfect selfie, group shot or architectural detail to post to your grid, Rome won’t disappoint. That said, we do realize there are some places that are better than others – so we decided to jot down a list of our favorite instagrammable streets in Rome.

ROMAC List of the Most Instagrammable Streets in Rome

Just behind Piazza Navona, Via dei Coronari runs right up to Castel Sant’Angelo, lined with small antique and jewelry shops as well as cafes and restaurants. Historically, the street was full of rosary vendors (hence the name “Coronari,” a word for rosary in Italian) as it was along the pilgrimage path leading to St. Peter’s Basilica.

Via dei Coronari was also nominated by CNN as one of the most beautiful streets in the world.

Known also as the “Artists’ Street,” Via Margutta is tucked behind Piazza di Spagna, running parallel to Via del Babuino that connects Piazza di Spagna with Piazza del Popolo. Pablo Picasso, Giorgio de Chirico and Federico Fellini are among the illustrious residents of the street. Today the street hosts local art galleries and artist bottegas as well as a few special cafes and restaurants.

Via Urbana is another charming street located in the Monti neighborhood. The ivy-covered buildings are just a few stories high which makes the street quite luminous and great for photos. Artist bottegas and restaurants occupy the ground floor while private residences make up the higher floors. Be sure to check out Grezzo for some of the city’s best gelato (that’s also vegan!)

After the touristy spot of Via Governo Vecchio there’s Via dei Banchi Vecchi, a charming commercial street full of small boutiques and cafes. A lot of local Roman life takes place on this street. Duck into one of the unassuming churches that line the street or just walk around and admire the street shrines.

Via Giulia runs parallel to the Tiber River and boasts one one of the premiere addresses in the Eternal City. Historic palaces-turned luxury homes and hotels line the street as well as a few shops and restaurants. The entire length of the street nearly connects the Jewish Ghetto neighborhood with Castel Sant’Angelo.

Via Panisperna is located in the heart of the Monti neighborhood situated next to the Colosseum and Roman Forums. The hilly street connects Trajan’s Market with Santa Maria Maggiore and is lined with ivy covered shops and restaurants. During the spring, summer and fall, the show stopping ivy that hangs along a wire over the street is one of the most instagrammable spots of the neighborhood.

Via Piccolomini is well known for a unique optical illusion between the street perspective and the towering dome of St. Peter’s Basilica. From further away the dome appears larger but as you head toward it, the dome seems to shrink and appear further away.

Interested in other quirky spots to check out in Rome? Read our post about 8 sites in Rome that are beyond belief! 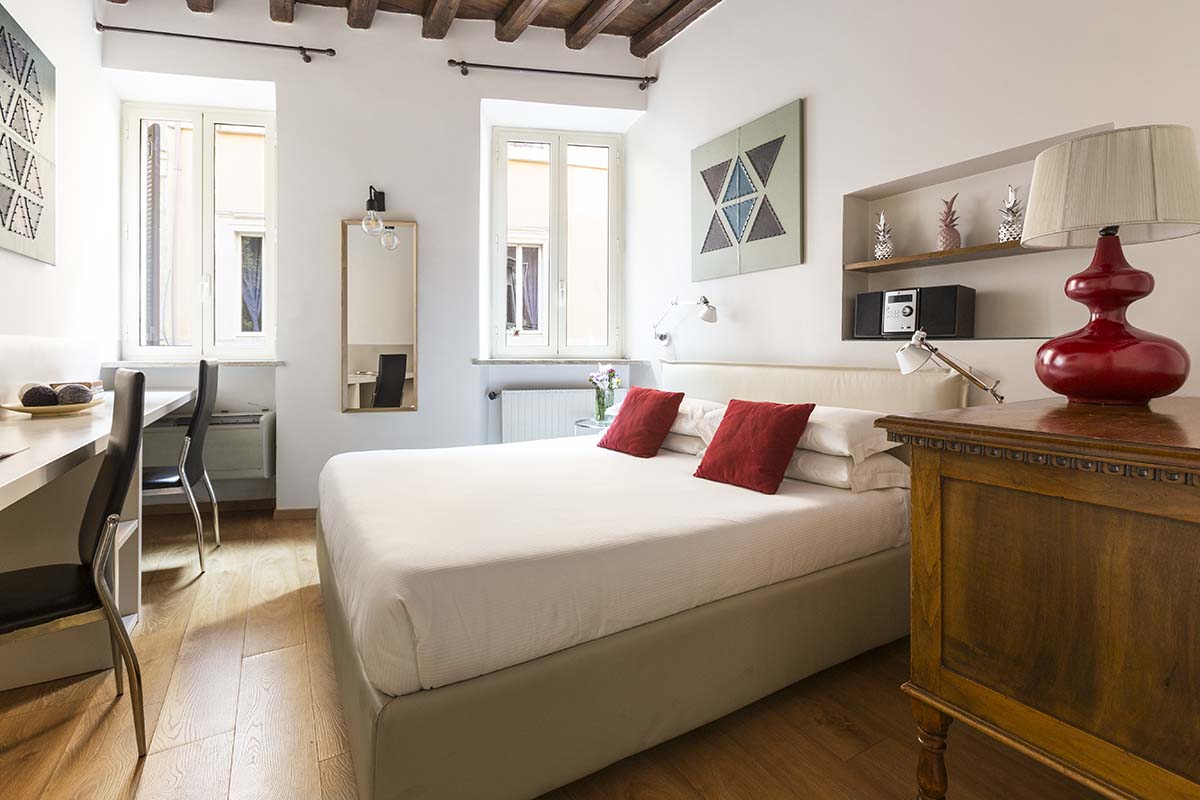 AP01 Via Giulia vacation rental by ROMAC, located on the instagrammable street Via Giulia in Rome. The two-bedroom, single bath home is perfect for a small family or group of friends.

ROMAC is a leading vacation rental management company that has been welcoming international travelers to the Eternal City for 20 years. Browse our portfolio of over 4o vacation rentals in the historic center of Rome and use filters to narrow your search by neighborhood, nightly rate, number of guests and home amenities. Don’t forget to check out our special offers for the very best rates online, guaranteed!

We love to feature our guests’ photos on our Instagram account. Tag us @romeaccommodation or @romexperiencenet for a chance to be featured!

Do you agree with our list? Are there any instagrammable streets in Rome you would add to the list? Share your thoughts with us in the comments below!