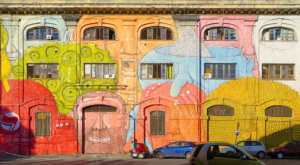 What to see and do in Rome’s Ostiense Neighborhood

Rome’s Ostiense neighborhood is located in the south part of the city, between Testaccio and Garbatella. The neighborhood is also delineated by the Porta San Paolo, a 3rd-century gate in the Aurelian Walls, which is considered the start of Via Ostiense, the road that connects Rome with the ancient port city of Ostia Antica.

Today Ostiense is a vibrant, mostly local neighborhood of the city that’s at the heart of Roma Sud. The neighborhood is home to many urbanistic museums, like the Montemartini Museum (which is housed in a refurbishment power plant), Transportation Museum and even the world’s largest Eataly. Street art covers walls and buildings to send a message to passers-by the true feelings of artists in the area. Dining is also a treat for those seeking a killer brunch at Marigold, or a solid neo-trattoria experience at Trattoria Pennestri.

If you’re looking to stay near Ostiense, ROMAC manages a few nearby apartments that make reaching this tourist-free part of Rome far more accessible. See below for a few features on where to stay!

What to do in Ostiense

One of its kind in Rome, built over as a tomb for Caius Cestius, this is Pyramid of Caius which is one of the preserved architecture in the city of Rome . Courtesy by @mikkorehnberg

Visit the Pyramid of Cestius

Did you know Rome has a pyramid? The Pyramid of Cestius, built between 18 – 12 BC as a tomb for magistrate Gaius Cestius, is one of the major symbols for the Ostiense neighborhood in Rome. The pyramid recently underwent a renovation to clean the exterior and re-open the interior spaces to the public.

Open for tours on the third and fourth Saturdays and Sundays of each month at 11am. Tickets are €5,50 and tours are given in Italian. Reservations required.

Museum of Via Ostiense

Located inside the Porta San Paolo gate is a small museum dedicated to the history of the Via Ostiense, the ancient road that connected Rome with her port city, Ostia. Artifacts found during excavations of Via Ostiense are on display, as well as a large scale model of the city of Ostia Antica.

Basilica San Paolo Outside the Walls

One of the four papal basilicas, Basilica San Paolo Outside the Walls stands out for several reasons. First of all, it’s located outside the historical center, accessible by the Metro B (Basilica San Paolo stop). And second, because the basilica appears so new. In fact, in 1823 a workman repairing the roof accidentally caused a fire that destroyed most of the original basilica. It was reopened in 1840 after much of it was rebuilt according to the original designs.

Located in Rome’s first public electricity plant, the Montemartini Museum sets an unexpected stage for classical sculpture and works of art. Marble busts, statues, and even sarcophagi are displayed among the original electricity plant’s equipment presenting a sharp contrast between the various works of art, each one somehow elevating the other. 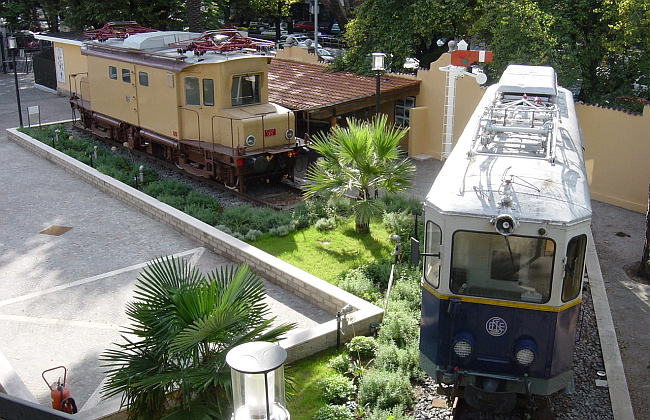 For train and rail enthusiasts, Rome’s Railway Museum located next to the Piramide metro station is one spot to check out! Outside in front of the museum are several de-commissioned cars for perusing, meanwhile inside the museum you can see exhibits of scale models and technical parts with historical information.

The Ostiense neighborhood, along with neighboring Testaccio, are some of the best neighborhoods to catch a glimpse of Rome’s vibrant street art scene. Go for a walk and go on a self-guided tour or hook up with any number of walking tours offering explanations of the works. But to really see the best street art not just in Ostiense but in all of Rome, take a Vespa Street Art tour to cover more ground!

Where to Eat in Ostiense

Breakfast at Marigold???? Every morning we have freshly baked cinnamon swirls, morning buns & muffins all made with sourdough. Our blueberry scones are made with whole meal, oats and our own buttermilk. Breakfast at Marigold is a beautiful mix of sweet and savoury dishes. We make sure your day start in the most delicious, comfortable & peaceful way possible. We’re open for breakfast Tuesday to Friday from 8am, (weekend brunch from 9am). #MarigoldBreakfast #TuesdayToFriday #WeAreOpenFrom8 #HomemadeBreakfast #MicroBakery #MarigoldRoma

One of Rome’s hottest new restaurants, Marigold feels like an entirely new world the moment you walk in. Owned by an Italian chef and Danish baker, the cosy restaurant has a strong scandinavian feel given it’s minimal aesthetic and simple wooden tables. Every day loaves of naturally-leavened sourdough bread and rye are pulled from the oven, as well as pastries and baked goods galore, like cinnamon swirls, carrot cake, cheesecake brownie, fruit tarts, buns and muffins, all made fresh daily in-house.

Marigold is one of the few restaurants that can really cater to vegetarians and vegans, despite a limited menu that changes daily. At least half of the lunch and dinner menus are vegetable dishes, meant to be enjoyed family-style or not.

Don’t miss brunch on Saturday or Sunday for a true international brunch experience, with classic favorites like avocado on rye, soft-boiled egg, and cheese omelette or something a little different, like fried eggs with sage or sourdough french toast with homemade creme fraiche.

Trattortia Pennestri opened its doors just a few years ago but already its got a loyal following of locals and foreigners alike. The take on the neo-trattoria is something that isn’t fully new to the Roman food scene, but when it’s done well it’s worth pointing out. Chef Tommaso Pennestri reinterprets Roman dishes bringing in inspirations from other regional Italian cuisines.

Anyone who knows the Eataly stores may find it strange that the world’s largest is in Italy’s capital, but the 4-story Eataly features dozens of restaurants and a wide variety of fresh and packaged Italian products from all over the peninsula. From fresh meat and produce, to every type of pasta (fresh and dried!) imagineable, there’s something for everyone. In fact, on the ground and 1st floors, there’s also a small Ikea store for any of those smaller house- or kitchen-wares that you just might need! 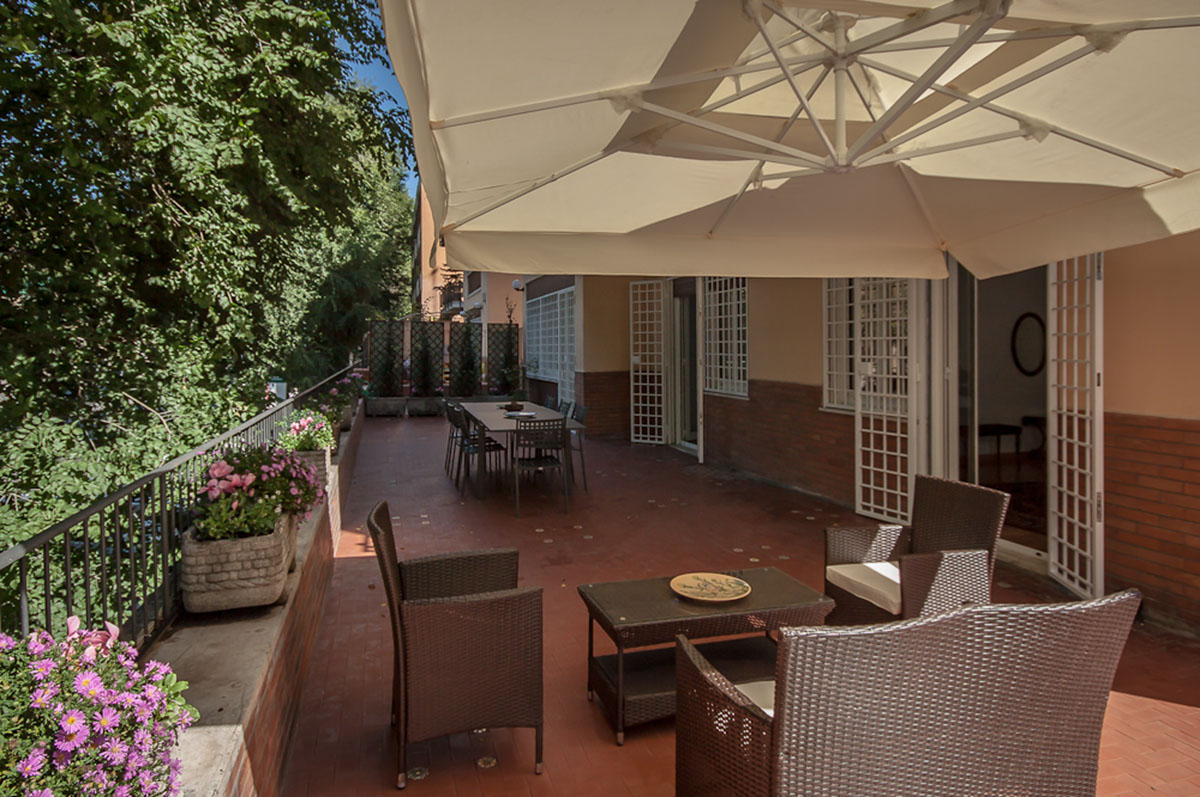 AP44 San Saba Apartment by ROMAC can accommodate up to 12 guests in 5 bedrooms and 3 baths. The spacious apartment is located in a quiet residential neighborhood just a short walk away from Piramide train and metro stations and the exciting Ostiense neighborhood.

ROMAC is a leading vacation rental management company that’s been welcoming international travelers to the Eternal City for over a decade.

Check out the San Saba apartment, the perfect home away from home in Rome for up to 12 guests in five bedrooms and three baths. The apartment is in the heart of an area known as San Saba named also for the basilica nearby, and just a few minutes walking distance from the Piramide train station and metro stop.

For something a bit smaller, the Testaccio vacation rental brings the spirit of the neighborhood inside with a custom art piece by a local street artist. The Testaccio apartment can accommodate up to five guests in this one bedroom, one bath home and spacious living area.

Browse over 40 vacation rentals at ROMAC located strictly in the historic center of Rome, and use filters to narrow your search by neighborhood, number of guests, nightly rate, and amenities. Don’t forget to take a look at our special offers for the lowest rates online, guaranteed!

Have you visited Rome’s Ostiense neighborhood? Share your tips and experiences with us in the comments below!