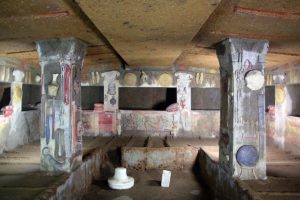 Before the Ancient Roman Empire, the Etruscan civilization was the most prominent and civilized on the Italian peninsula. The current city of Cerveteri is much smaller than the original city established by the Etruscans, called Caere. The population of Caere is estimated to have reached 25,000 – 40,000 making it one of the most important cities in the Etruscan civilization. The burial grounds that are visitable today include tombs constructed during the period ranging from 9th century BC to the 3rd century BC. 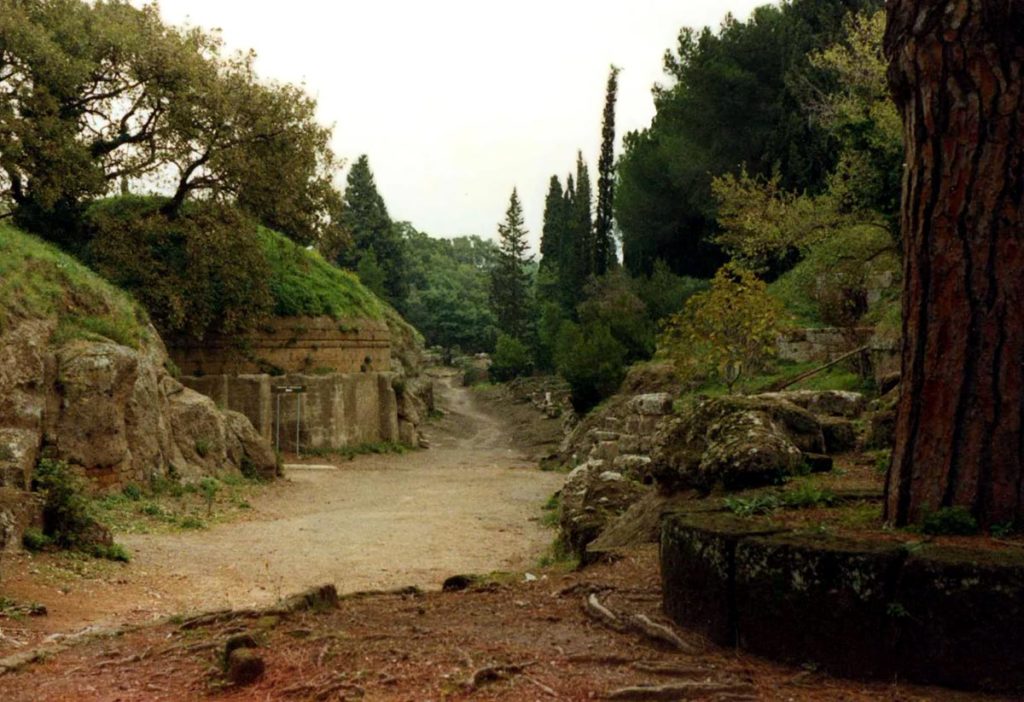 Much of what is known about Etruscan daily live is based on the findings from their burial tombs which were modeled after family’s house to serve as a dwelling in the next life. The homes are in the shape of circular mounds, and feature a corridor and open space with rooms off of it. Ashes of the dead were kept here in ornate vases and sarcophagi. The objects found in the tombs have since been removed and are now housed in museums all over the world as well as the National Cerveteri Museum located in Cerveteri.  Another vast collection of Etruscan burial objects taken from Banditaccia cemetery, including the famous Sarcophogus of the Spouses resides in Villa Giulia near Villa Borghese in Rome. 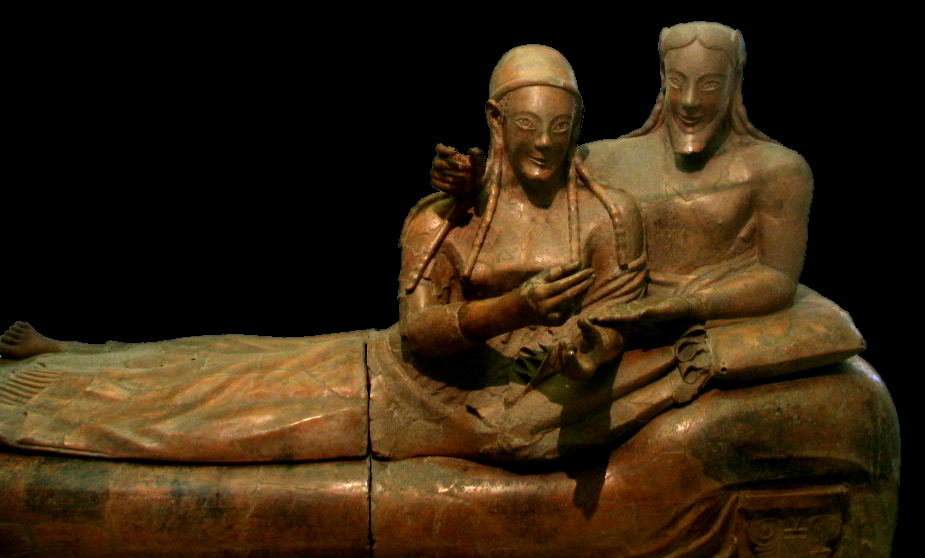 In warm weather Cerveteri makes a lovely day trip outside Rome, especially when paired with a few hours at the nearby black sand beach of Ladispoli. Get the scoop on how to visit Cerveteri with public transport from the center of Rome, how to visit the Banditaccia Cemetery in Cerveteri and then get to Ladispoli for a day at the beach.

How to reach Cerveteri

Regional trains depart from Termini, Ostiense, and Trastevere stations with direct lines to Ladispoli-Cerveteri or Marina di Cerveteri stations (trains heading to Pisa/Grossetto/Civitavecchia), the nearest train station to the UNESCO heritage site Banditaccia cemetery. Trains depart about every 20-30 minutes, so times are quite flexible. The train ride takes between 30-40 minutes depending on the departing station.

Once you reach the Ladispoli-Cerveteri or Marina di Cerveteri stations, take one of the busses destined for the cemetery.

Self-guided visits to the cemetery allow you to explore nearly 10 acres of ancient Etruscan tombs that have been standing for thousands of years.

Guided tours are available through independent tour guides and travel agents (contact us if you’re interested in a guided visit of la Banditaccia!) During the summer months a train, called the Caere Express, has been offered by the city of Cerveteri to offer guided visits of the cemetery to visitors, but the service is not always offered.

Make it a beach day in Ladispoli 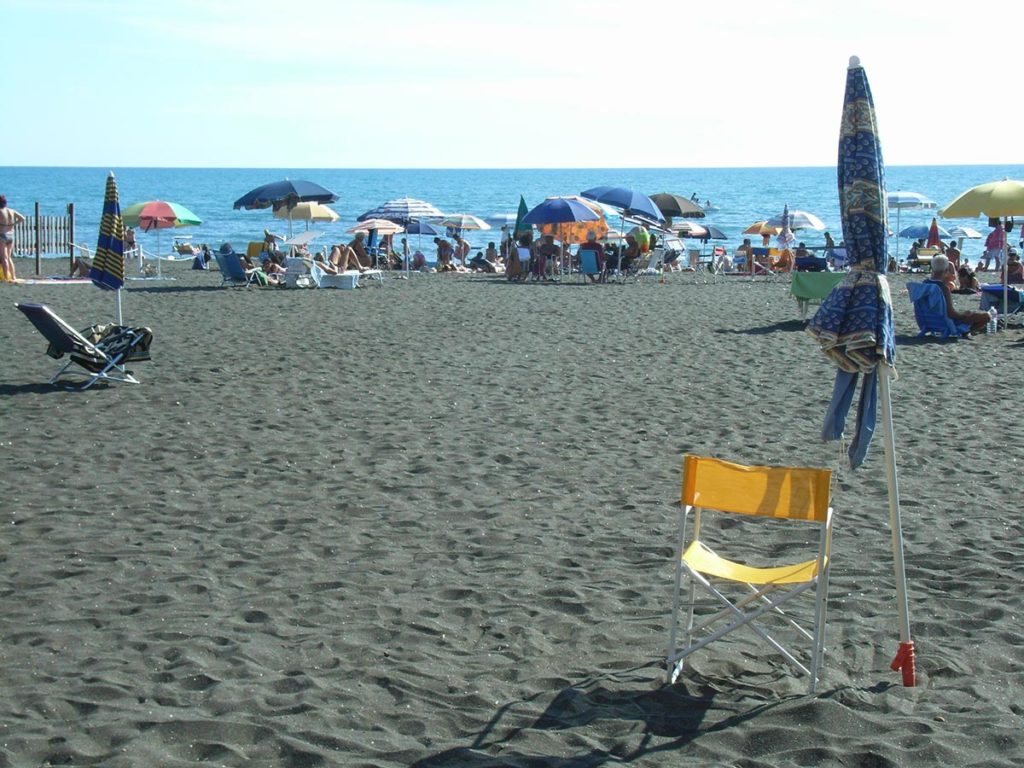 Locals on the black sands of Ladispoli beach

If the weather is nice enough, before heading back to Rome after your trip to the cemetery, hit the beach for a few hours! The beaches at Ladispoli are known for their mineral-rich black sands. On hot, sunny days, the sand gets extremely hot so be prepared with shoes or sandals. During the summer months, the long street along the beach opens with sea-side shacks offering cool refreshments, fried fish, and plenty of gelato.

To can reach the beach on foot from either of the train stations. Some of the beaches are free (like in the image above) while the beach clubs require a day-rate with the use of an umbrella and lounge.

Looking for a place to stay in Rome? 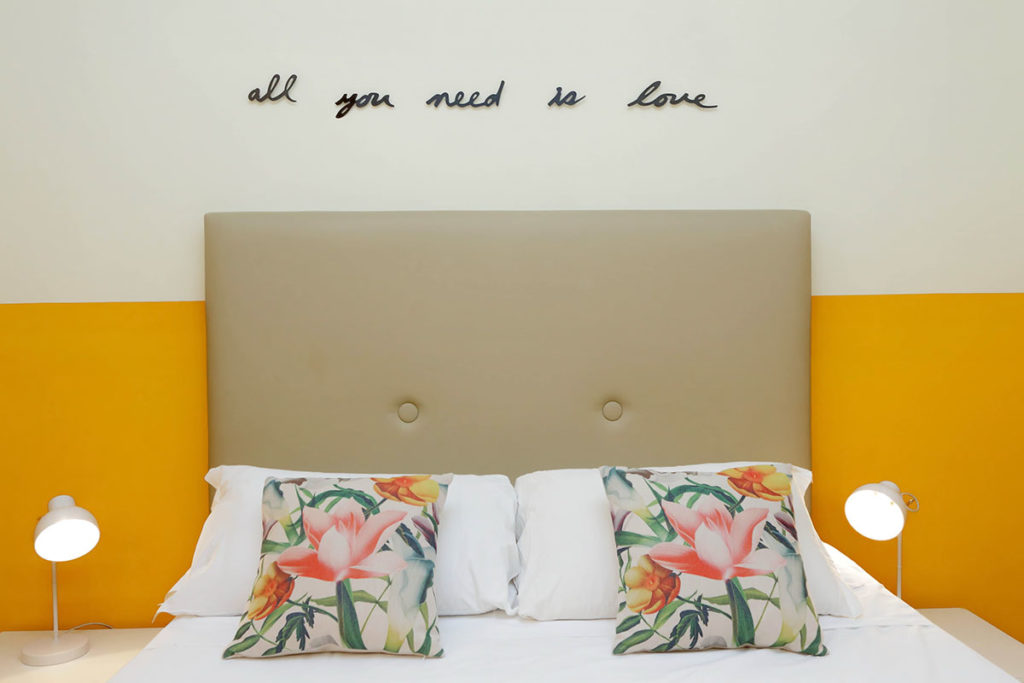 Stay a hop, skip and jump away from both Piazza Navona or the Vatican at the Giulia II vacation rental by ROMAC

Visit ROMAC and browse over 40 vacation rentals in the heart of Rome for small and large groups. Use filters to refine your search by neighborhood, nightly rate, number of guests, and amenities!

Have you visited the Etruscan burial mounds in Cerveteri or Ladispoli? Share your experiences with us in the comments below!