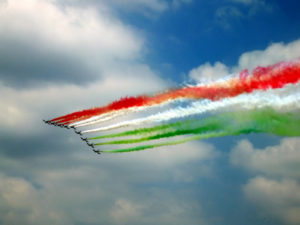 Italian Republic Day is June 2nd every year, and the day is marked by a proud show of green, white, and red especially in the country’s capital city.

Known as the Festa della Repubblica in Italian, the date marks a historical referendum when the Italian population decided to abolish the monarchy and establish a Republic. The holiday is celebrated with military ceremonies and a large patriotic military parade that marches down Via dei Fori Imperiali (the large road that cuts through the ancient forums and connects the Colosseum with Piazza Venezia). In the afternoon, a colorful airshow of fighter jets soar above the city’s historic center, leaving trails of green, white, and red smoke (known as Le Frecce Tricolori). The magnificent Altare della Patria in Piazza di Venezia also houses the tomb of the unknown soldier, where holiday festivities begin at 9:15am.

What to know if you’ll be in Rome for Republic Day:

This year the holiday falls on a Sunday, so check restaurant hours accordingly as many of the traditional haunts close on Sundays.

Some monuments might be closed or have delayed hours in observance of the holiday, especially the Colosseum, Roman & Trajan Forums, and the Altare delle Patria.

Make sure you have plenty of cash as most – if not all – banks will be closed, and it’s not uncommon for ATMs to be non functioning.

Plan your transportation route ahead of time. According to the traffic authority website, the following streets will be closed starting Thursday, May 30:

From For the most current information on transportation, check the official ATAC public transporation website.

If you’ve already got a full day planned for June 2nd, you can take a stroll down Via dei Fori Imperiali the night before and watch the rehearsals and preparations take place! The military parade is an annual spectacle commemorating Republic Day in Rome.

Starting at 3pm in Piazza del Quirinale, watch a special Changing of the Guard of Honor with a Marching Band IV Regiment Carabinieri on horseback.

At 6pm, a “Concert for the Republic” by the Orchestra and Choir of the National Academy of Santa Cecilia under nationally-acclaimed conductor Maestro Antonio Pappano will be live broadcast from the Salone dei Corazzieri in Palazzo Coronari on Rai1.

*Fun fact: Palazzo Quirinale is the home of the President of the Republic, so think of it like “Italy’s White House”. But it’s much, much bigger! 16 US White Houses could fit inside the Quirinale residential complex. Presidents, Kings, and even Popes have lived in Palazzo Quirinale over the centuries as the government of the Italian peninsula has changed.

Get up early and have breakfast before heading to the Altare della Patria in Piazza Venezia. At 9:15am the ceremony of laying a laurel wreath takes place at the Tomb of the Unknown Soldier. The event is led by the President of the Republic, Sergio Matarella.

Then grab a seat along Via dei Fori Imperiali for the “Military Review,” a parade that celebrates all branches of Italy’s Armed Forces, marching in unison and uniform. If you’re in the area days before, you’ll see all the seating and set up along the street has already been set up.

Finally from 3pm to 7pm, you’re invited to visit the beautiful Giardini del Quirinale, the private gardens of Palazzo Quirinale for an outdoor concert by the bands of the Air Force, Local and Federal Police, Guardia di Finanza, Navy and the Italian Army. The bands will play both classical and contemporary arrangements.

Looking to stay near the Colosseum for Italian Republic Day? 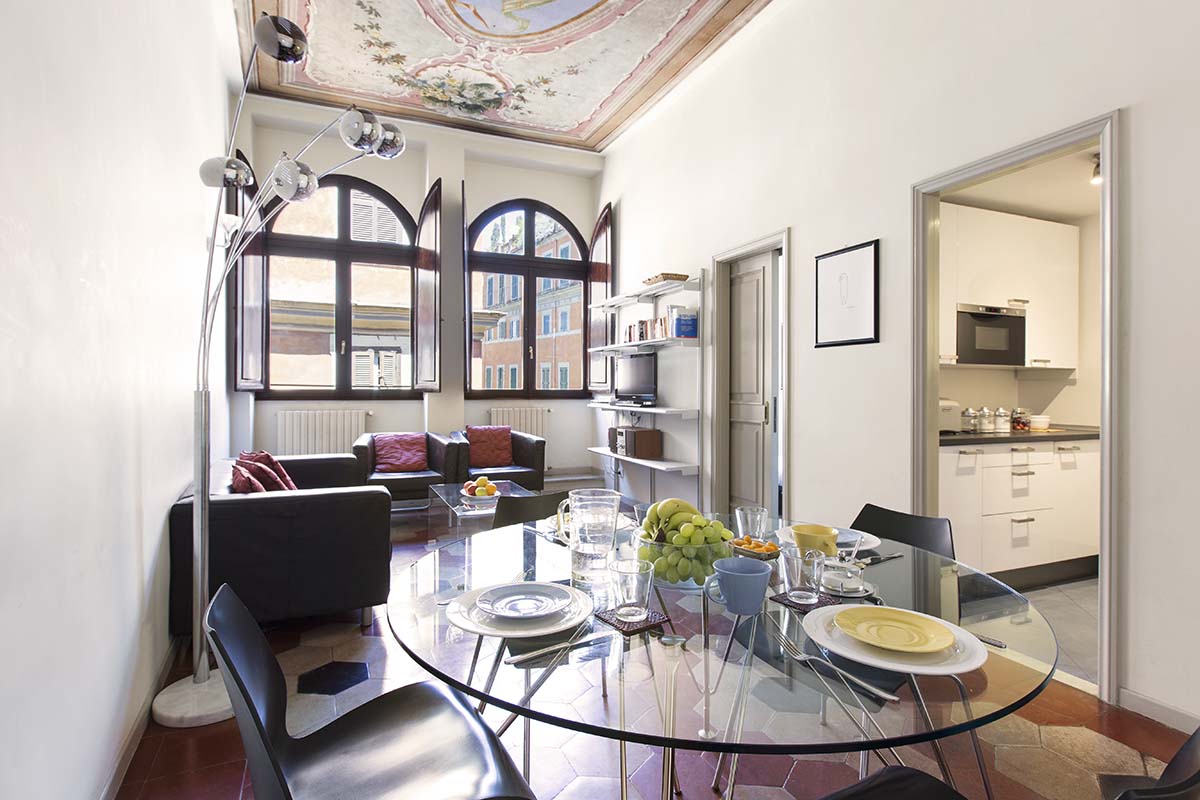 AP18 Cavour vacation rental by ROMAC is a cosy 2 bedroom apartment in a historic 18th century palazzo that can accommodate up to four guests.

ROMAC is a leading vacation rental management company that has welcomed thousands of international travelers to the center of Rome for over a decade. Browse our portfolio of over 40 properties in the heart of Rome over at ROMAC. Use filters to narrow your search by neighborhood, number of guests, amenities, and rate. And don’t forget to check out our special offers for the best rates online, guaranteed!

For a fabulous vacation apartment near all the festivities, have a look at our vacation rentals near the Colosseum.

Have you visited Rome on Republic Day? Share your experience in the comments below!