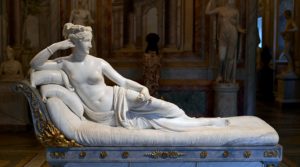 A new exhibition featuring the masterpieces of famed neoclassical sculptor Antonio Canova is scheduled to open October 9 through March 15, 2020 at Palazzo Braschi. Originally from northern Italy near Venice, he was brought up by his grandfather who was a stonemason and owned a quarry, which introduced the artist to the medium at a very young age. He arrived in Rome at age 23 after a 2-year apprenticeship in Venice and began to study and sketch the works of Michelangelo. Eventually he was commissioned to produce a funerary monument for Pope Clement XIV for the Church of Santi Apostoli, which solidified his fame.

By 1800 he was 43 years old and one of the most famous artists in Europe, receiving commissions from all over the continent. He moved to France and England (Napoleon and his family were among those commissioning him). He eventually returned to Rome and was given many special honors from both the artist communities and the Pope. He eventually died in Venice in 1822 at age 64.

Due to Canova’s vast popularity all over Europe, his works can be found all over the world: Victoria and Albert Museum in London, The Hermitage Museum in Amsterdam, and even a replica of the George Washington statue, commissioned by the state of North Carolina in 1820, in the Rotunda of the North Carolina State Capitol.

Despite being very prolific during the many years Canova spent in Rome, little has actually remained in the Eternal City. Today you can see 3 great works by the Neoclassicist scultptor: The funerary monument to Pope Clement XIV, Hercules and Lichas, and Paolina Borghese. 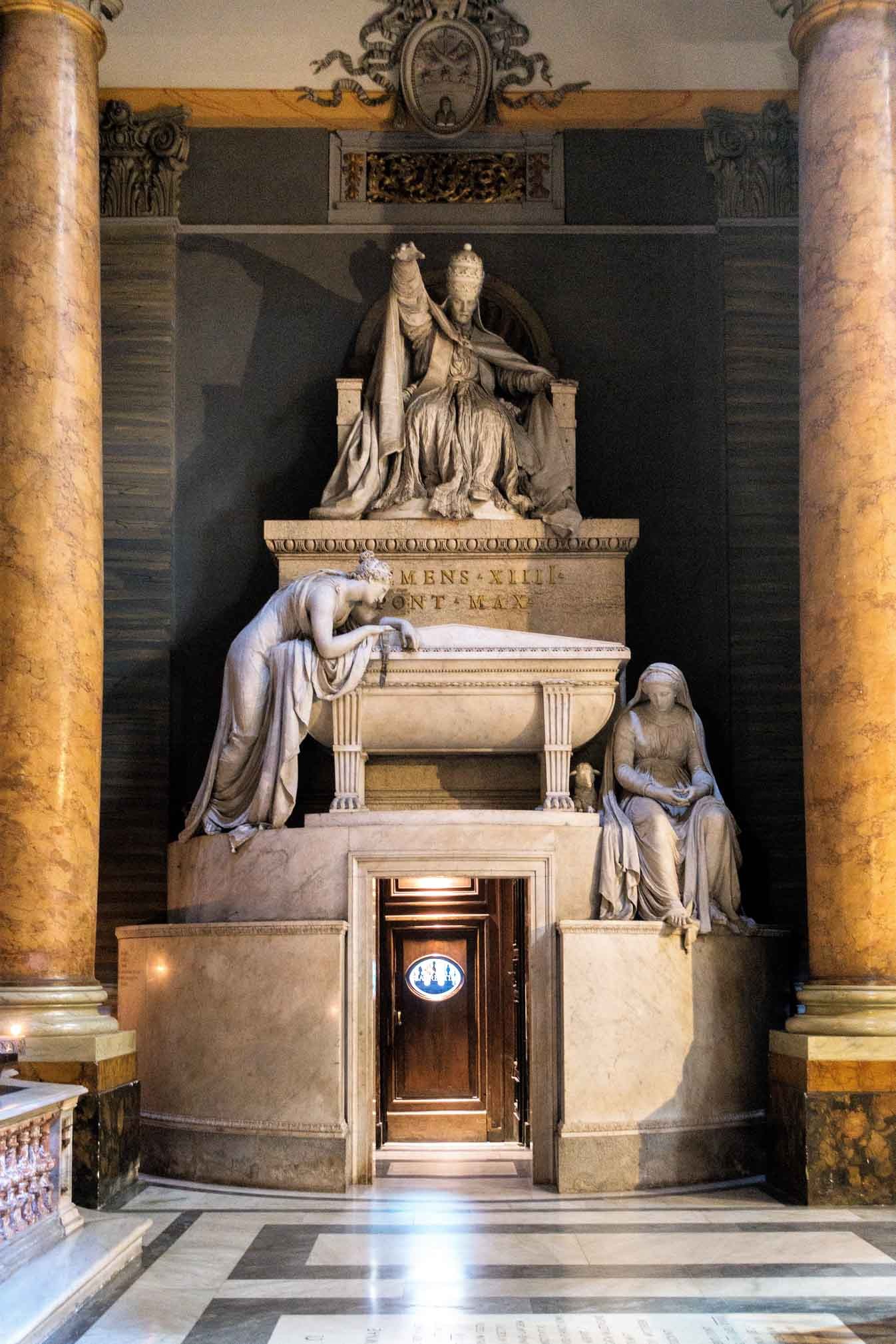 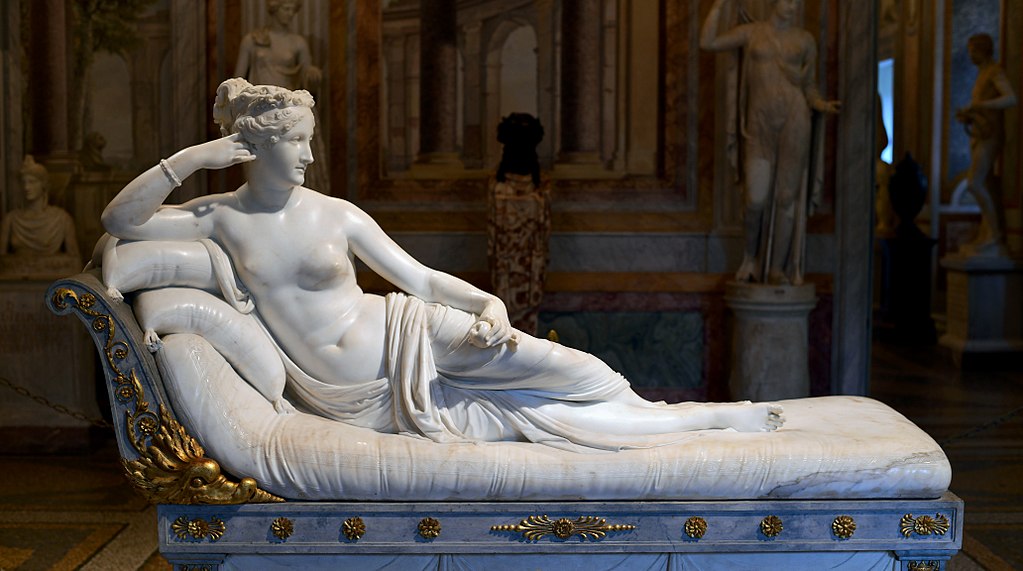 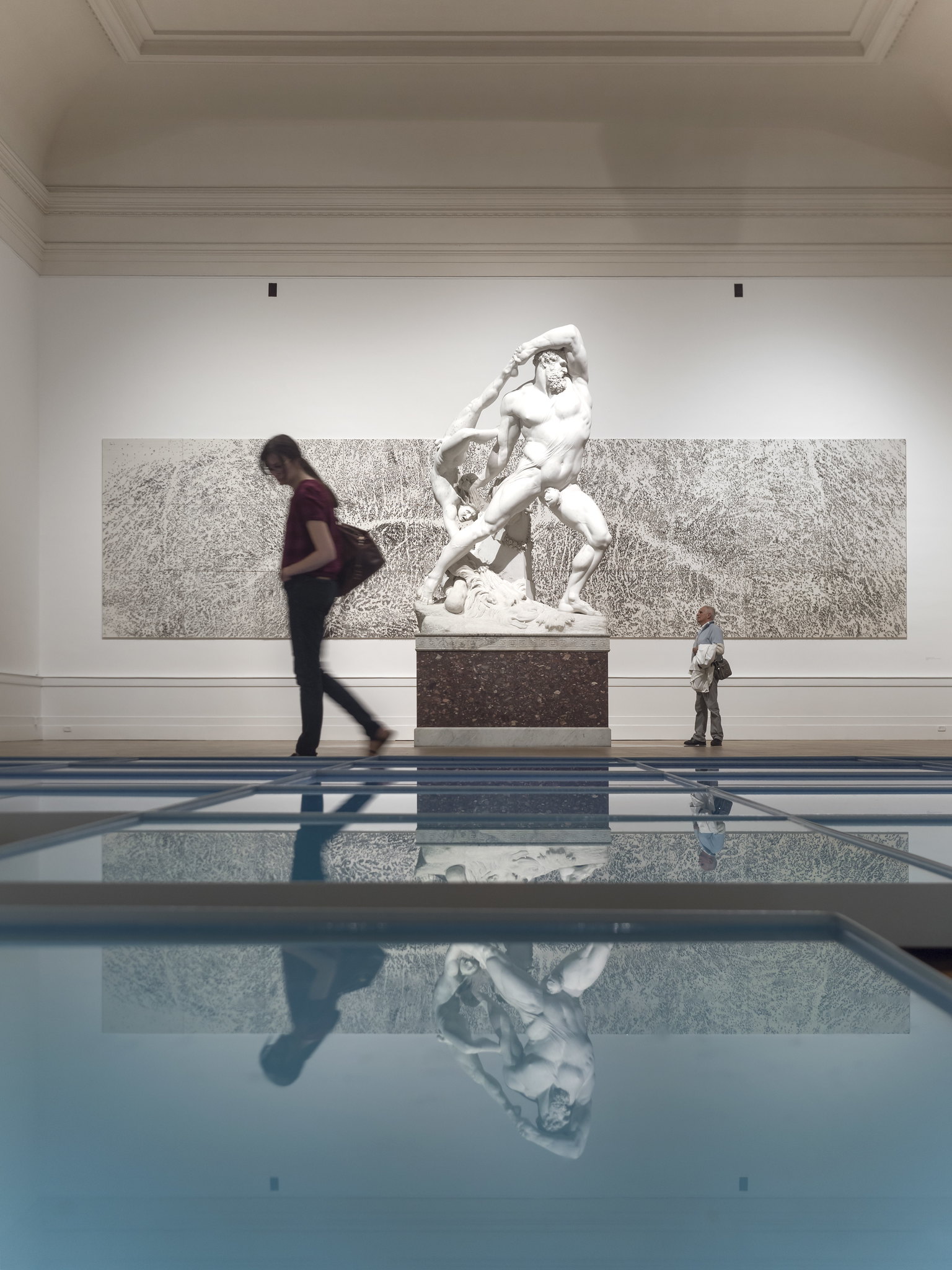 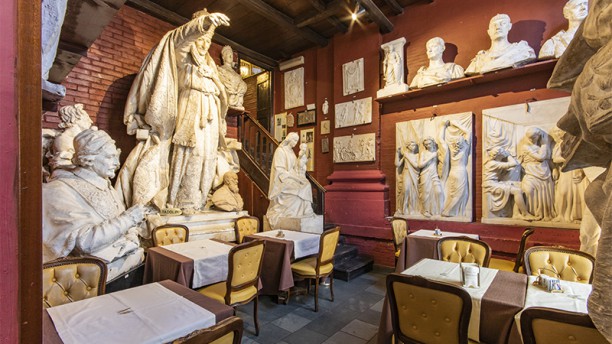 Step inside what used to be a bustling sculpture studio owned by Adamo Tadolini, a treasured pupil of Antonio Canova. A mess of plaster casts representing fully realized works as well as plenty of arms, legs, hand gestures, wings, animals and other study models decorate every inch of the walls. While the works may not have been crafted by the icon of neoclassicism, the works harken from nearly 200 years ago nevertheless by artists directly inspired by the master craftsman. Visit the official website for reservations and more information. 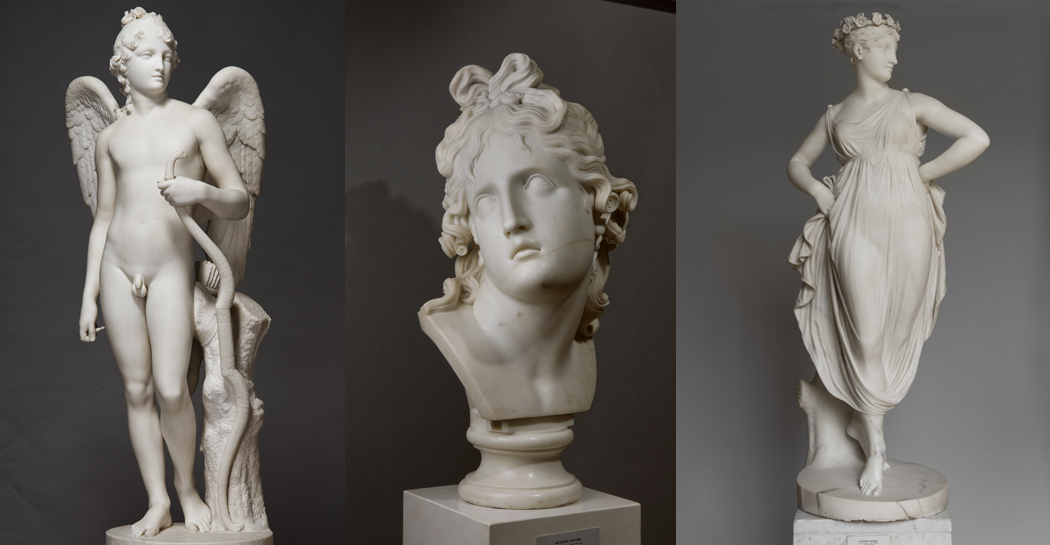 Hours Tuesday – Sunday 10am to 7pm 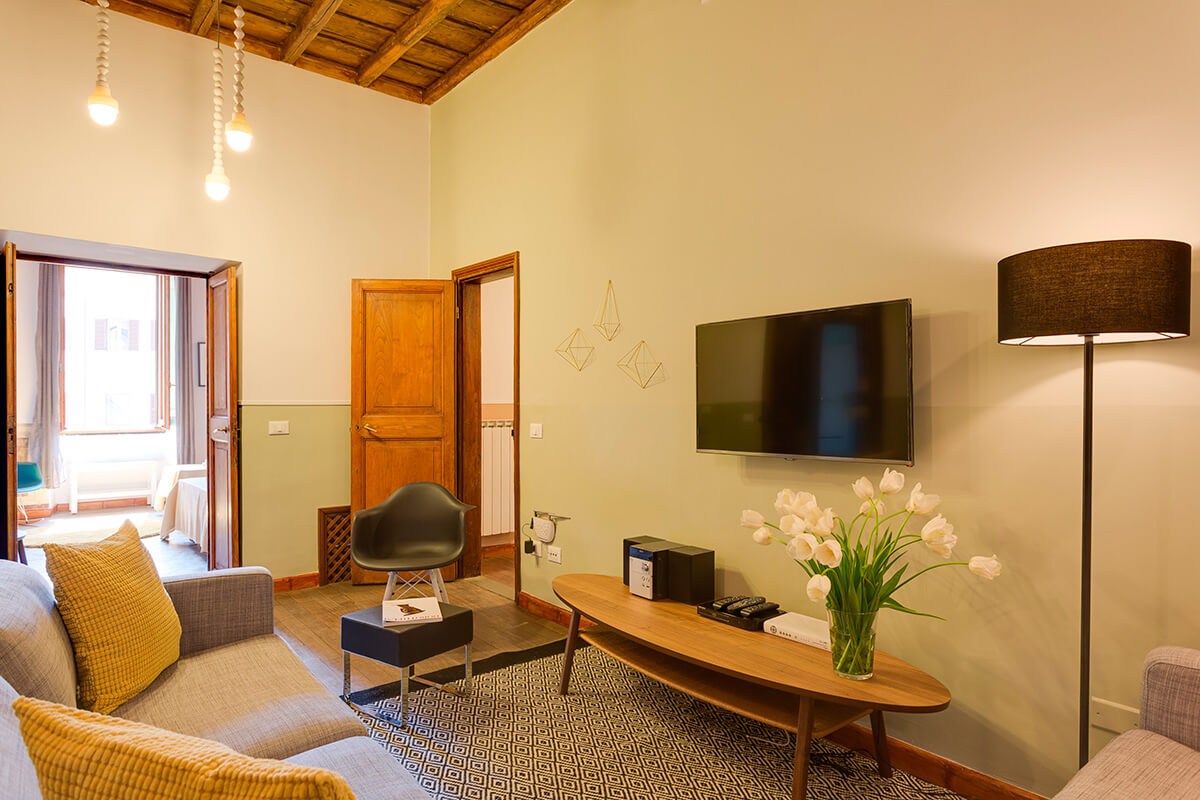 AP27 Baullari III by ROMAC is located across the street from Palazzo Braschi and can accommodate up to 14 guests in 6 rooms and 3 baths.

ROMAC is a leading vacation rental management company that has been welcoming international travelers to the Eternal City for over 15 years. Our collection of Roman homes includes over 40 properties in the center of Rome with modern conveniences to keep you comfortable during your stay. Browse our collection and use filters to narrow your search by neighborhood, nightly rate, number of guests, and amenities. Check out our special offers for the lowest rates online, guaranteed!

Share this post!
#antonio canova
#canova exhibition
#canova in rome
Previous post
Twilight Activities in the Eternal City: 6 Things to do at night this summer in Rome
Next post
New Rules for Sitting on the Spanish Steps
1 answer